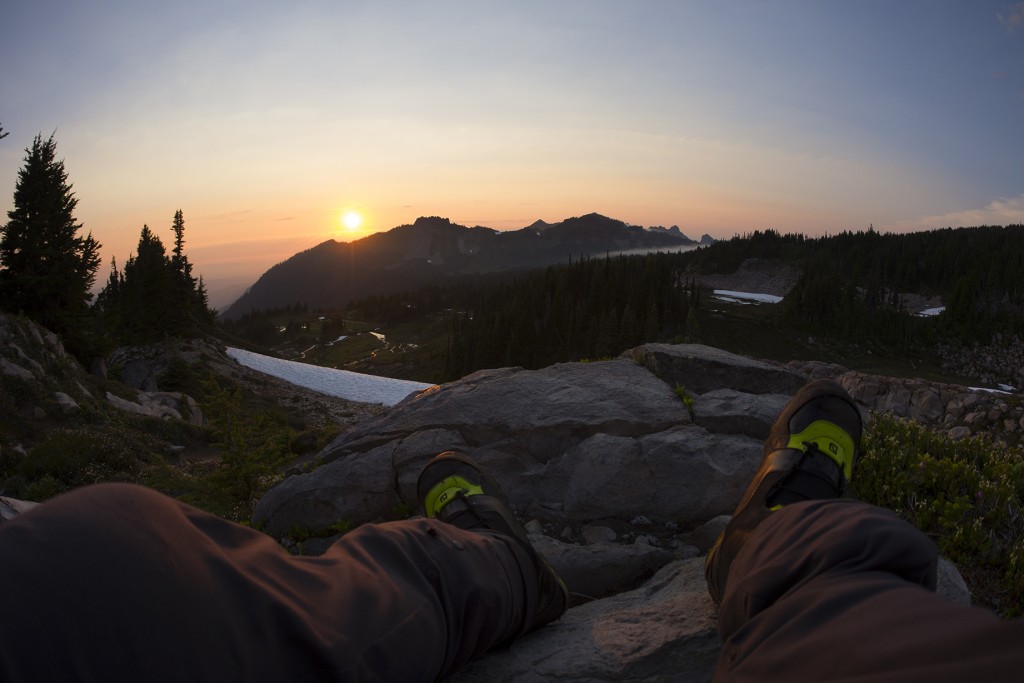 With views like this, the challenge of getting your August turns is completely worth it. Gazing at the sunset from Spray Park on Mount Rainier’s north side with @hefe_steele and @kellymsteele. After putting in roughly 6000 feet gain for the day, carrying a 60 pound pack, navigating down suncups and being swarmed by mosquitos, I have no complaints. Still left in awe by the PNW’s beauty. 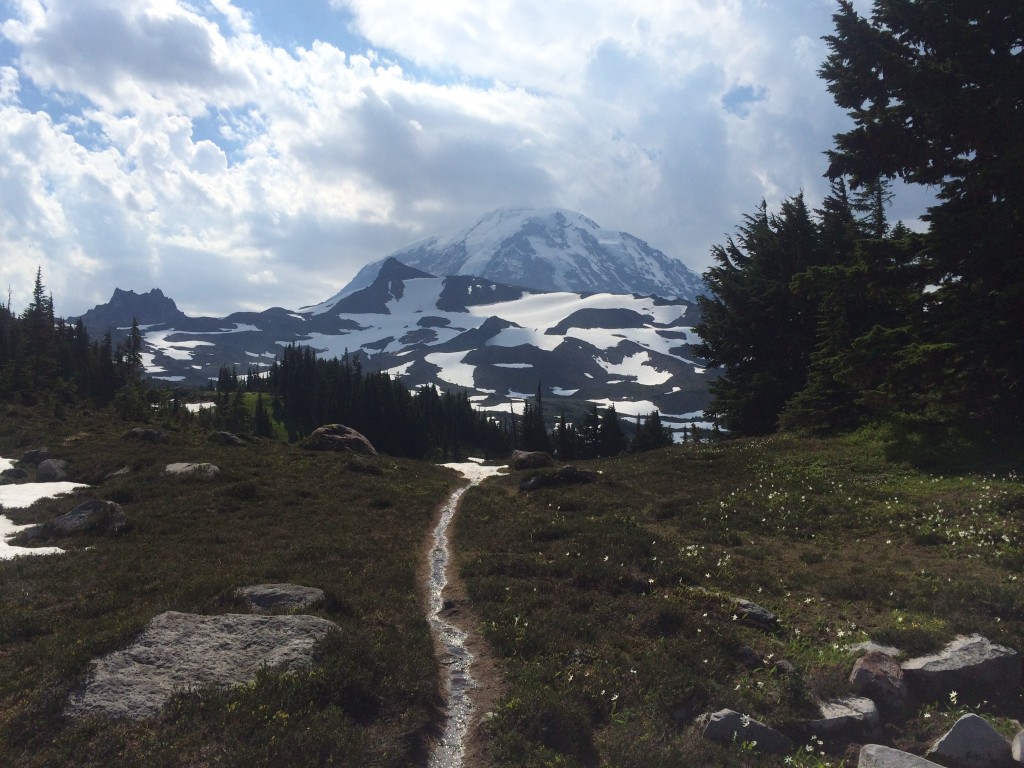 This was our playground for the weekend. The approach starts at Mowich Lake and takes you southwest about 3 miles with a 2.5k foot gain. To overnight camp in any of the Mount Rainier wilderness areas, you’ll need to obtain an overnight permit for your group. These permits can be reserved in advance and I highly suggest you do.

After dropping off overnight gear, we headed up the ridge to Observation Rock on Mount Rainier’s northwest side.

@hefe_steele trekking up the upper ridge to Observation Rock. From here you gain the overwhelming view of Rainier’s North Face. From the top of Observation Rock, you have a playground to pick from. You can drop in the Flett Glacier headwall, or descend the various moderate to steep slopes to the west.

Photos rarely capture just how steep and massive lines really are. @hefe_steele about to drop into his second 50 degree line of hardened sun cups and ice off of Ptarmigan Ridge.

Production Note: I’m getting much better at keeping my production gear light! Currently my entire kit is around 6 to 10lbs, depending on lenses. I’m currently running a Panasonic GH3 with a GorillaPod & Magnus Lightweight prosumer pan/tilt head. For lenses I usually carry a small 7.5mm Rokinon Fisheye lens, a 17mm Olympus pancake lens, and an old adapted Tamron plastic based FD 35-105mm or a Canon FD 100-300mm. I’ve learned to leave the production tripod at home and get creative with a GorillaPod, I’ve also adapted one of my trekking poles to have a camera mount at the top. Cutting the pounds of a full DSLR and production gear really makes a difference after spending 8 to 12 hours climbing.

The black specks in the background are @hefe_steele and @kellymsteele coming down the Flett Glacier Headwall on Mount Rainier. This headwall will be best in early spring right after the road has opened or a long approach from the closed gate.

After hitting a few lines, we descended back down to camp. @hefe_steele scoping out the next line down to our camp site amongst the scattered remains of Mt. Rainier’s August snowfields.

@hefe_steele getting his last few turns as the sun sets on Spray Park on Mount Rainier. The golden mist around him was water evaporating off the warming August snow.

Sometimes you just have to roll with it when you’re snowboard mountaineering. We originally planned to camp in an alpine zone near the Flett Glacier on Mount Rainier. Which would have provided easy access to the areas we wanted to ride. Instead, those zone permits got filled up days before we got there and we ended up staying in a mosquito infested zone right between a marsh and creek. We’re talking 100s of mosquitoes landing on you at a time, but without staying there, we would have never crossed the marsh as the sun was gleaming down on it’s beautiful evaporating mist. With torment comes much beauty to the right set of eyes. With @hefe_steele and@kellymsteele on August 2 2014.